Actress Shraddha Kapoor has been busy juggling between the sets of three films — Saaho, Chhichhore and Street Dancer 3D, this year. This year is not only a busy year for Shraddha but the actress has taken it a notch higher with good projects. And now, she will have two projects releasing within a span of one week – Saaho and Chhichhore. But what’s the good part is Shraddha whose Saaho and Chhichhore were releasing on the same day on 30th August; the makers have shifted Chhichhore to 6th September so it’s a sigh of relief to Shraddha.  However, the makers of Nitesh Tiwari’s directorial shifted the college caper a week ahead, making way for Saaho to be a solo release. As a result, the Stree actress will have two releases back-to-back. 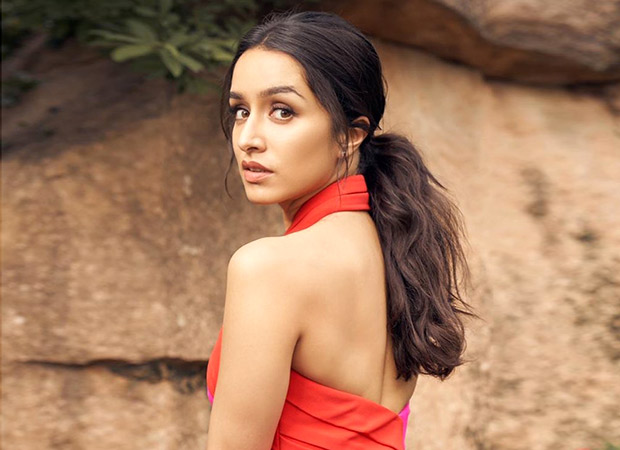 Talking about her films, Shraddha Kapoor says, “Throughout this year, I’ve been juggling the shoot of three films and traveling to different places for them. Now, it is ironic that two of those films are releasing just one week apart. It is the first time that something like this is happening to me. As actors, we keenly wait for these Fridays, but this is double the happiness for me. Promoting two films at the same time is going to be hectic, but I am excited about both the projects, especially, because they are so different from one other. There’s been so much learning, shooting for these films together, playing vastly different roles”. Shraddha Kapoor is the perfect definition of versatility! In all her projects Saaho, Chhichhore, and Street Dancer 3D, the actress will be portraying extremely different roles. In Saaho trailer, the actress looks extremely stunning where Shraddha personifies action woman holding a gun in hand, wearing boots and going all the way formals looking more professional like always in the cop avatar is a witness that Shraddha knows how to blend in any role that she takes up.

Chhichhore is a blend of typical college-going look and a middle-aged woman where Shraddha fits the bill perfectly acing both the characters. Shraddha who has already left an impact on the hearts of her fans with her dancing prowess in ABCD 2, the actress is leaving no stone unturned in her upcoming Street Dancer 3D and is taking it a level higher where she is sure to leave the audience in awe with her dancing skills. Shraddha Kapoor is winning hearts not only of the audience but the actress is also the top choice of Filmmakers. The actress is the first choice went it comes to franchises and films like Baaghi and now Street Dancer 3D is proof of her coming back in the sequels.

This year is going to be a treat for Shraddha’s fans as she has two releases lined up, Saaho alongside Baahubali fame Prabhas, Nitesh Tiwari’s Chhichhore and both have her looking extremely different from each other.

Also Read: This is what Prabhas said when he was asked to speak in Hindi